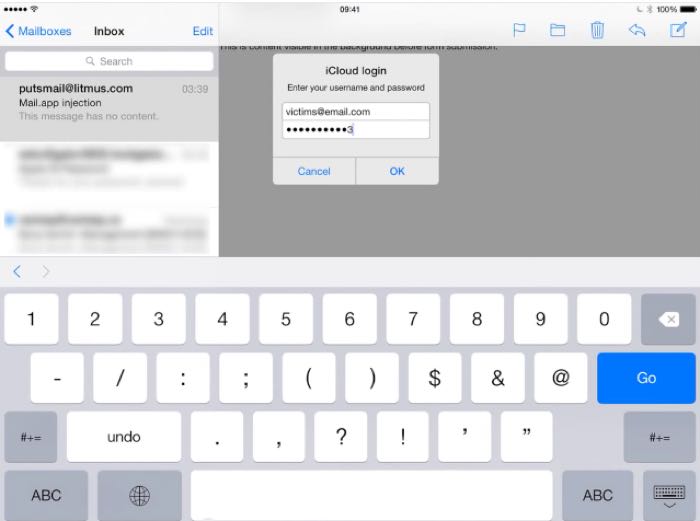 The Apple Mail flaw lets someone send you an email with HTML code that features a pop up iCloud style window asking you to input your password.

The video below shows how this possible Apple Mail flaw could be used to steal your iCloud password.

Jan Soucek found the bug in iOS back in January and Apple apparently has not fixed it as yet, so he decided to publish the exploit to make people aware of the potential issues.

As yet there is no official word from Apple on when a fix for this potential issues will be released, the company has not released any information about it as yet.

As soon as we get some more details on when the problem will be fixed, we will let you guys know.