At its October 22nd event, Apple announced that the redesigned Mac Pro will hit the shelves in December, but didn’t give any exact launch date when customers can buy the upgraded Mac Pro. Now, according to a product listing on a German retailer’s website, the new Mac Pro is expected to go on sale starting December 17th. 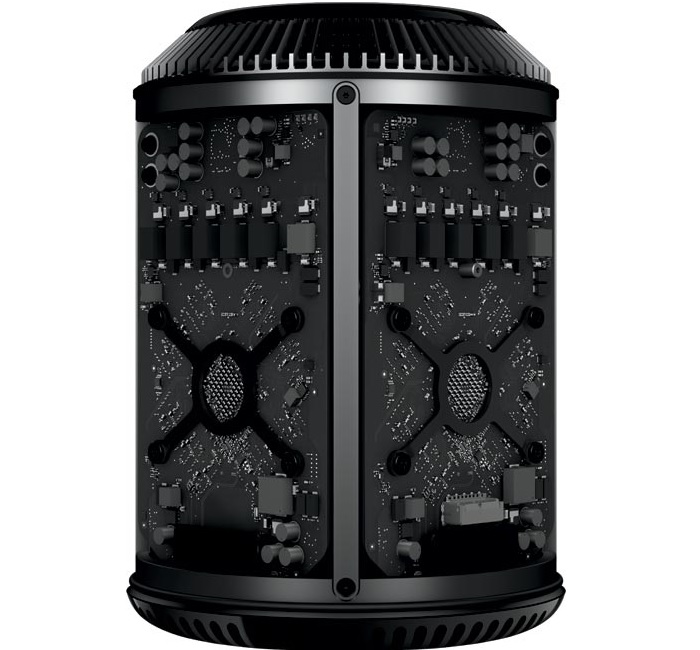 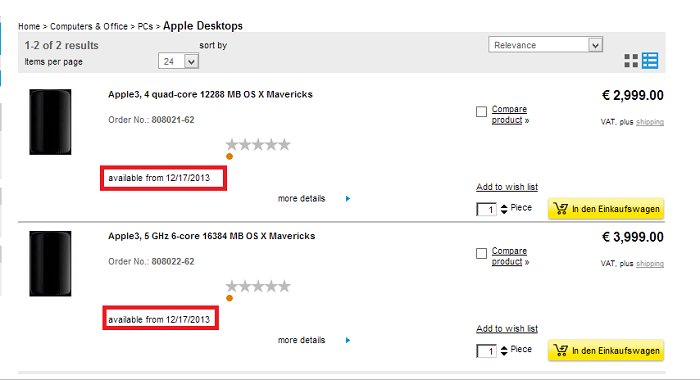 In the US, the Mac Pro starts at $2,999 and the base model comes with a 3.7GHz Quad-Core Intel Xeon E5 processor, 12GB RAM which be increased to a whopping 64GB, 256GB PCIe-based flash storage and dual FirePro D300 graphics with 2GB of DDR5 of VRAM each.

Additionally, it is rumored that Mac Pros will be available in limited  quantities, and if the demand is high, the shipment date could slip to early 2014. But, at the moment, it’s too early to tell as there’s no official launch date from the Cupertino company.