Apple has started showing a new Apple mac Pro advert in movie theatres throughout the US this week which indicate that Apple is preparing to make their new cylinder shaped Apple Mac Air available to purchase during the Fall of 2013.

The new Apple Mac Pro which was unveiled during Apple WWDC event earlier this year sports a radical new design that encloses all its hardware in a cylinder shaped case. 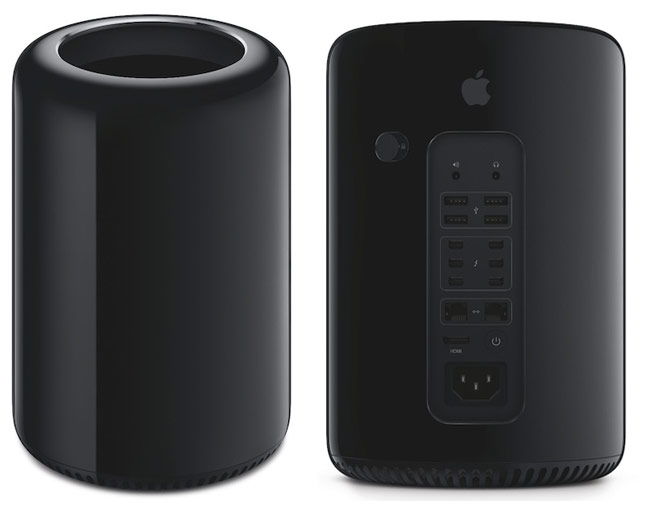 The next generation Apple Mac Pro system has been built to provide a workstation that looks like no other, and yet still provides powerful workstation graphics Thunderbolt 2 connectivity and more. The latest Apple Mac Pro is tiny compared to previous models and comes equipped with Intel Xeon E5 processors with up to 12 cores, options for dual workstation AMD FirePro GPUs, together with new PCIe flash storage providing 2.5 times more performance than the Mac Pro it is replacing, says Apple.

To cool all this raw power in the Apple Mac Pro Apple have created a new cooling system and ingenious unified thermal core that is built around a single piece of extruded aluminium designed to maximise airflow as well as thermal capacity, explains Apple.

“An incredible amount of innovation went into designing a fan system capable of cooling such a high-performance device. Instead of adding extra fans, we engineered a single, larger fan that pulls air upward through a bottom vent. As air passes vertically through the center of the device, it absorbs heat and carries it out the top. It’s simple and elegant — and also astonishingly quiet.

To achieve that, we had to consider every detail: the number of blades, the size of the blades, the spacing of the blades, and even the shape of the blades. By minimizing air resistance throughout the system, we were able to design a fan with backward-curved impeller blades that runs at fewer revolutions per minute, draws air more efficiently as it spins, and creates considerably less noise.”

Unfortunately no information on pricing has been released as yet by Apple for their new Mac Pro, but as soon as information comes to light we will keep you updated as always.