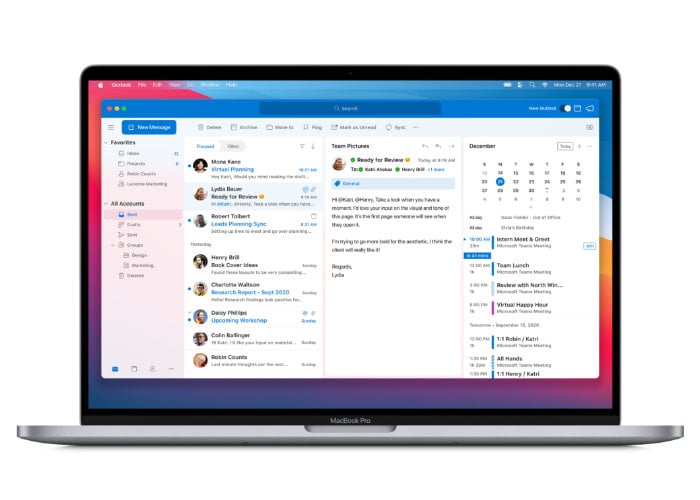 After releasing a beta version of its Office applications a few months back for the latest MacBook M1 systems, Microsoft has today rolled out and announced that its Office Apps have been updated to natively support the new Apple M1 silicon processors.

Office app users that have automatic updates turned on, will start to receive these updates today. Or you can go to the Mac App Store and click the Updates tab, or with Microsoft AutoUpdate, you can go to your Office app’s Help menu and choose Check for Updates.

“We are excited to announce that starting today we are releasing new versions of many of our Microsoft 365 for Mac apps that run natively on Macs with M1. This means that now our core flagship Office apps—Outlook, Word, Excel, PowerPoint, and OneNote—will run faster and take full advantage of the performance improvements on new Macs, making you even more productive on the latest MacBook Air, 13-inch MacBook Pro, and Mac mini. The new Office apps are Universal, so they will continue to run great on Macs with Intel processors. The apps are not only speedy, but they also look fantastic as they have been redesigned to match the new look of macOS Big Sur. Here is a peek at Outlook on the new 13-inch MacBook Pro.

Over the past months, we have redesigned the experiences in our flagship apps for Mac with a focus on simplicity to improve ease of use. The new Outlook for Mac looks great with a redesign that matches the new look of macOS Big Sur, and an updated Office Start experience for Word, Excel, PowerPoint, and OneNote for Mac that incorporates the Fluent UI design system. This means that Microsoft 365 apps enable you to be more focused with immersive experiences that are easier to use right from the first screen. Experiences that feel both unmistakably Microsoft 365 and include elements that are native to the look of macOS so they are also unmistakably made for Mac. The new Office Start experience will be available next month.”

To learn more about the support for the latest Apple silicon jam over to the official Microsoft blog by following the link below.