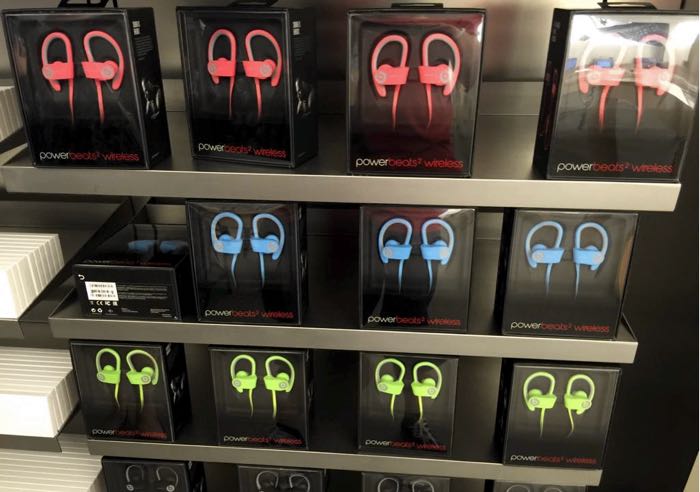 Apple has launched some new colors of their Beats PowerBeats 2 headphones and these new colors are designed to match the watch bands that come with the Apple Watch Sport.

The new PowerBeats 2 headphones come in the same colors as the band on the Apple Watch Sport, these include pink, blue, green, black and white.

These new colors of Apple’s PowerBeats2 headphones are apparently only available in Apple stores at the moment, they should be available from other retailers shortly.

We can expect to see more continuity between Apple devices and Beats devices in the future now that Beats is owned by Apple.

Apple recently announced their new Apple Music streaming service which is build on Beats Music that the company acquired when they purchased Beats.