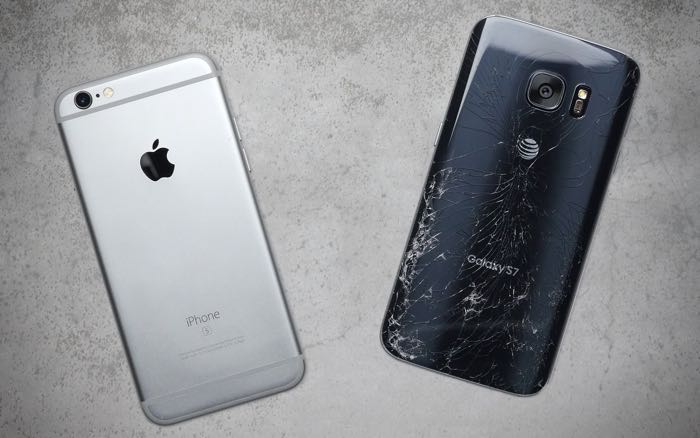 In the video below we get to find out which of the two handsets is the most durable in the iPhone 6S vs Samsung Galaxy S7 drop test.