A new Apple iPhone 5S extensive scratch test has been released this week revealing yet again the range of finishes that will be available when the new iPhone 5S officially launches next month. 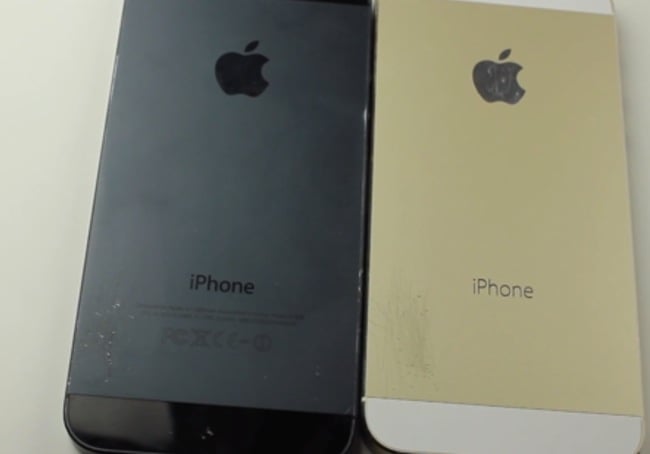 There have been plenty of rumours circulating regards the features and specifications that users can expect to enjoy with the new iPhone 5S phones including a dual LED flash for the phones camera, together with a faster A7 processor and of course the new gold or champagne coloured iPhone 5S which can be viewed in the video below.

“The scratches caused by the coin did virtually no damage to the gold iPhone 5S while they caused quite a problem with the black iPhone 5. Because of the materials underneath the black version shows obvious holes in the paint that look terrible, this however was not the case with the iPhone 5S.

When it came to the knife test overall the damage looks worse on the gold iPhone 5S. This is because the long marks and deep scratches are more visible with the gold background. The iPhone 5 black shows practically nothing other than the parts where the silver underneath shows.”

Apple is also expected to launch a new budget iPhone in the form of the iPhone 5C that will be available in a range of colours and be supplied in a plastic case rather than the metal ones of the iPhone 5S. Unfortunately no information on pricing or worldwide availability has been released as yet by Apple for their new iPhone 5S, but as soon as information comes to light we will keep you updated as always.