Apple’s [AAPL] CEO Steve Jobs has announced the next generation iPhone, the iPhone 4 at his keynote speech at this years World Wide Developer Conference.

The new iPhone 4 features the same design that we have been seeing for the last month, a complete new design over the iPhone 3GS, and the new iPhone 4 is 24% thinner than the 3GS measuring just 9.3mm thick. 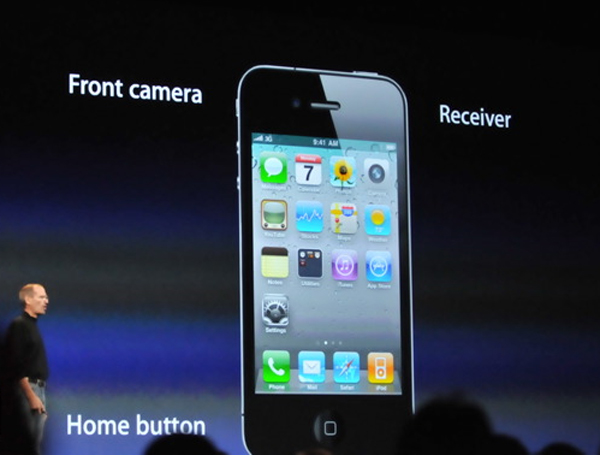 The iPhone 4 features a front facing camera, a microSIM, and a new camera on the back with a built in LED Flash, there are also two microphones. The stainless steel band around the middle of the new iPhone 4 is used as an atenna for Bluetooth, WiFi, GPS, UMTS and GSM.

The new iPhone 4 also features a new display called a retina display that increases the pixel density on the screen, meaning there are four times the amount of pixels in the same amount of space. 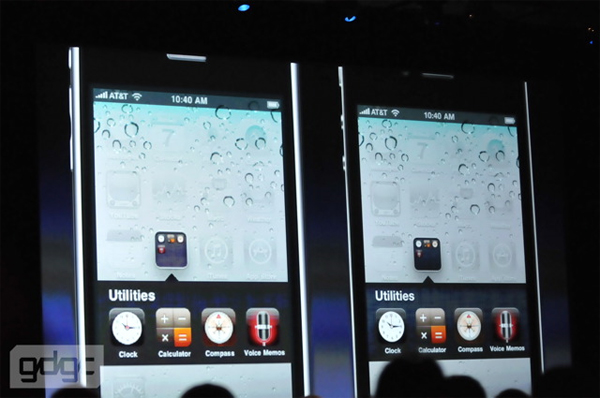 What this does is make images and anything on the UI much more sharper and all the images are sharper, the new display features 326 pixels per inch, making images much sharper. 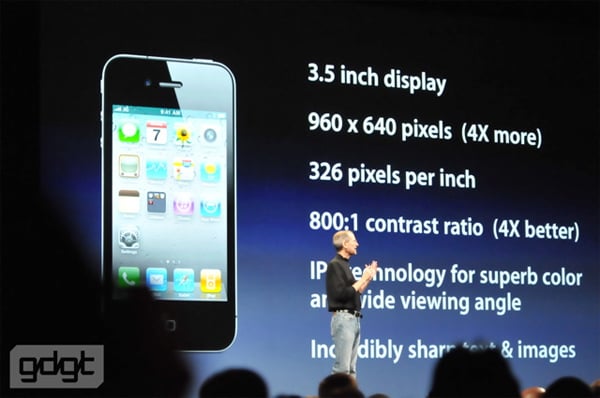 The iPhone 4 features a3.5 inch  960 x 460 pixel display, with an 800:1 contrast ratio, the display is about four times better than that of the iPhone 3GS, and the display will make existing iPhone applications look better.

Storage wise it looks like the iPhone 4 will come with up to 32GB of storage, plus 802.11 WiFi and quad band HSDPA / HSUPA, plus Apple has also added a three axis gyroscope, which is designed to make gaming even better on the iPhone 4.

The new iPhone 4 features a new camera system, with a five megapixel backside illuminated sensor, five times digital zoom, tap to focus. LED flash and the ability to record HD video in 720p at a rate of thirty frames per second.

Apple have also developed a version of their iMovie application for the iPhone to go with the new iPhone 4, and you will be able to edit the videos right on the new iPhone 4.

Apple’s iPhone OS 4.0 has been renamed and it will be called iOS4, we have already seen many of the features that will be in iOS4 like multitasking, a unified inbox, folders etc.

Google will stay as the default search engine on the iPhone, but Apple has now added the option to switch to  Microsoft’s Bing, and Apple are also adding iBooks to the iPhone, it will work exactly like it does on the iPad, and you will be able to start reading from where you left off no matter which device you are using.

The new video chat feature on the iPhone 4 is called Face Time and you will be able to chat with your friends and make video calls with the new front facing camera in the iPhone 4, it looks like it will be WiFi only for the moment.

The iPhone 4 will come in two colors white and black and will retail for $199 for the 16GB model and $299 for the 32GB with a two year contract in the US from June the 24th with pre-orders starting on June the 15th, and it will be available in the US, UK, France, Germany and Japan, with more countries in July.

Apple has also announced that the 3GS will also be available with a reduced price of $99.