Apple has announced that the 3G version of the iPad will be available in the US from the 7th of May 2010. People who have pre-ordered a 3G iPad will receive theirs a little earlier at the end of April.

Many people have been waiting for the 3G iPad to go on sale, so no doubt we will see an increase in iPad sales, which have already been impressive when the 3G version is available. 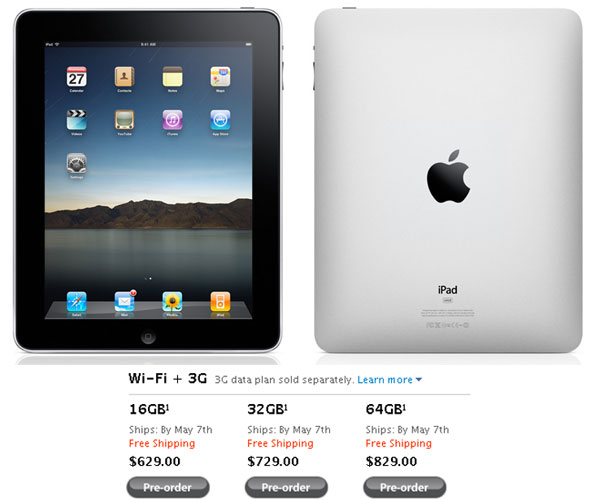 The iPad is due to go on sale in the rest of the world and the UK in May, and you will be able to pre-order both the WiFi and 3G model from the 10th May 2010. None of the UK or European mobile phone operators have announced pricing on their iPad data plans as yet.