Apple has officially announced the second generation iPad at their special event in San Francisco the iPad 2. The iPad 2 features a new dual processor as we previously reported which is called the A5, and according to Apple it is up to two times faster than the original iPad but uses the same low power. 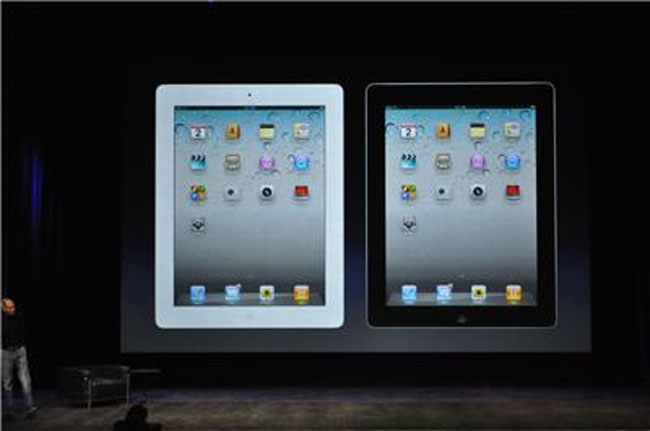 There is also faster graphics, which Apple has said is up to nine times faster than the graphics in the original iPad, and it has also gone one a diet and is 33 percent thinner that the original iPad.

On top of that the iPad 2 also comes with a built in gyrospcope and two cameras, and it will come in two colors, black and white, and both models will be available from both AT&T and Verizon.

It looks like Apple has also managed to keep the battery life on the new iPad 2, with a reported battery life of 10 hours just like the original, and it will retail for the same price as the iPad.

As soon as we get the rest of the details and full specifications we will let you guys know.