Developer Steve Troughton Smith shows us some screenshots of Apple’s iOS in the car recently, and now he had put together a video showing off some of the features of iOS in the car.

The video below shows iOS in the car running on iOS 7.0.3 in the iOS Simulator software which is available for developers, the in dash display is shown by an 800 x 480 pixel window. 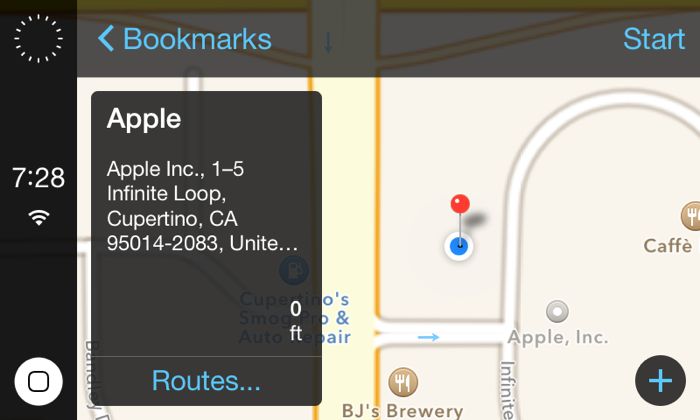 He also posted some notes along with the video, which you can see below.

• Supports Multiple Resolutions
• Supports touchscreens (presumably single-touch?), hardware buttons, wheels and touchpads
• Does not support multitasking – car display will always show same current on-screen app as iPhone (which can be locked/asleep)
• Whitelisted to specific Apple apps – no public API for developers [yet?]
• Has no keyboard UI – voice recognition as input
• UI clearly subject to change
• Missing functionality in video is due to iOS Simulator not containing all the stock iOS apps

As yet there are no details on exactly when iOS in the car will launch, although it is expected to launch with iOS 7.1, which may be in March.