Apple has this week sent out notifications to its hard working iOS developers, informing them they can expect a nice 10 percent increase in revenue from their iAds.

The new increase taking the iAd revenue for developers from 60 to 70 percent is the continuation of Apple’s plan to make its iAd service even more popular. Following on from the recent news that Apple was lowering the buy-in for advertisers to $100k. 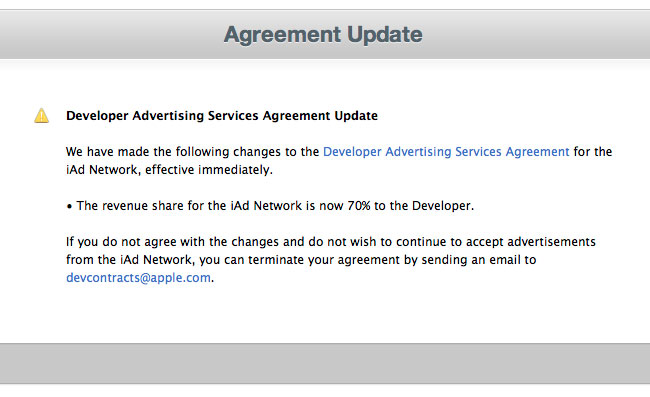 Apple iAds are a mobile advertising platform created by Apple to be used on its iPhone, iPod Touch, and iPad devices. Enabling third-party developers to embed advertisements into their applications.

Apple’s iAd program to date hasn’t been quite as successful as Apple would have hoped, but the new alterations to both sides of the fence might help kickstart the advertising program once again.