Some of our readers will remember an application for jailbroken iPhone’s called MobileNotifier that we featured on the site back in February, the application was developed by Peter Hajas, who recently announced on Twitter that he was taking a break from developing the app.

Now it seems there is a good reason that Peter Hajas has stopped developing the MobileNotifier application, as according to Mobile Crunch he has recently been hired by Apple. 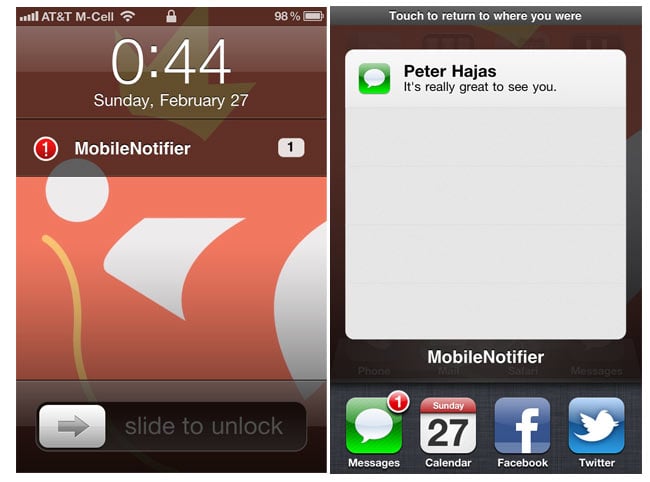 Hajas has now added Apple to his list of employers, with the position of ‘Intern’ shown as his current job, which obviously means that Apple have hired him to provide a better notification system for the iPhone and other iOS devices.

Apple will be unveiling iOS 5.0 later today at WWDC 2011, and we dont expect to see a new notification system in iOS later today as Hajas was only recently hired by Apple.