Recently, Microsoft released the much awaited Office for iPad, which managed to top the App Store charts in many countries in less than two days. 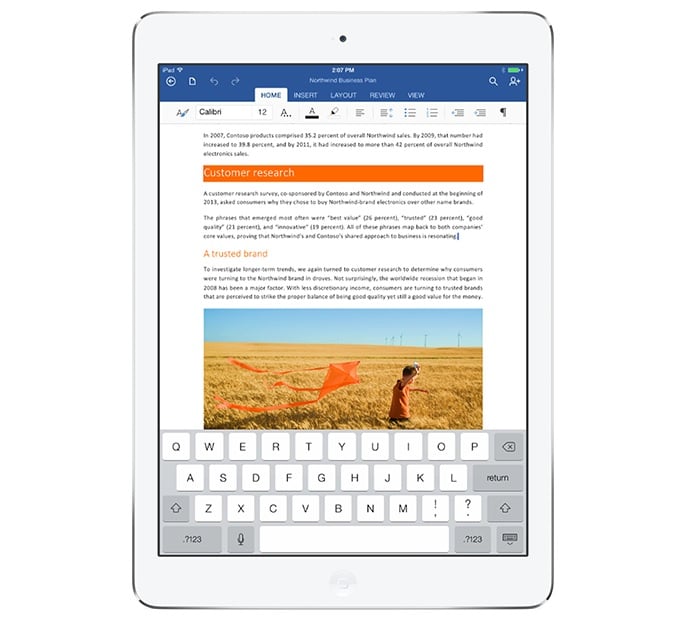 The subscription is without a doubt quite handy, especially if you work on multiple PCs and computers. For $99.99 a year, you get the ability to install the Office Suite on five devices, PCs or Macs, and use the entire productivity suite by Apple. This also helps users unlock the full functionality of Office for iPad.

Indeed, Microsoft does offer Office 365 subscriptions within the just-released Word for iPad and the other Office apps and, yes, it is paying the 30 percent cut, Apple confirmed to Re/code. Microsoft declined to comment on the matter.

Apple has taken a hard line with all manner of publishers that want to sell things, even subscriptions that go well beyond the iPad content — if anything is sold in the app, they have to use Apple’s method and hand over 30 percent.

Apple CEO Tim Cook recently welcomed the inclusion of Office for iPad in the App Store, followed by kind remarks from Satya Nadella as well.

Do you use Office for iPad? Share your reviews of the suite using the comments below.