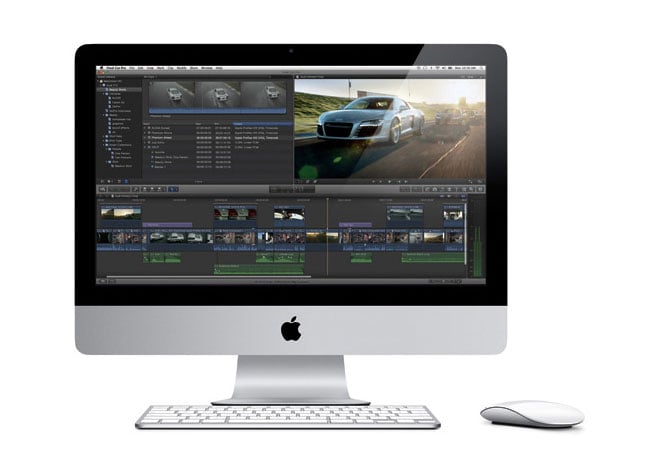 Apple has this week rolled out a new update to its video editing software Final Cut Pro taking the product to version 10.2.3 and bringing with it a variety of very useful features, enhancements, bug fixes and more.

Apple Final Cut Pro is now capable of exporting 4K Ultra HD video footage to a variety of different Apple devices as well as offering users improve speed when opening libraries on a SAN and also resolving the issue that could affect the timecode display in the dashboard on the OS X El Capitan.

Other new features and enhancements and fixes include :

– Import Canon XF-AVC including video files from the Canon C300 Mark II
– Ability to share video to multiple YouTube accounts
– Resolves an issue in which a disabled video effect could appear as Missing Effect when opening the project or when sharing to Compressor
– Addresses an issue in which black frames could appear in imported iPhone video clips that were trimmed on iPhone
– Fixes an issue that could cause the playhead to jump ahead when editing short titles
– Fixes an issue that could cause the timeline to stop playback when switching views in the Browser
– Fixes an issue in which points on a Bezier shape could incorrectly switch from Linear to Smooth
– Fixes an issue in which some objects within Motion templates render with soft edges
– Adds iPhone 6s, iPhone 6s Plus, iPad Pro, and Apple TV (4th generation) to the Apple Devices compatibility list in the Share window
– Smart Collections can be used at the event and library level
– Import window consolidates all options into single sidebar
– GPU rendering when using Send to Compressor with support for dual GPUs

For more information on the new features and fixes in the update jump over to the iTunes Mac App store for details and to download the latest update.