Oh right, Apple Store @Grand Central went live yesterday, as previously reported. No surprise that a bunch of people (an extreme understatement) crowded around Grand Central Station to catch the historic moment. There’s already speculation that having a mere Apple Store (it’s one of the largest at 23,000 square feet, mind you) in a commuter hub is going to drive foot traffice through the roof. Well, people won’t exactly be waling in the roof, but it’s a sure that usually bustling Grand Central will become more bustling than before. 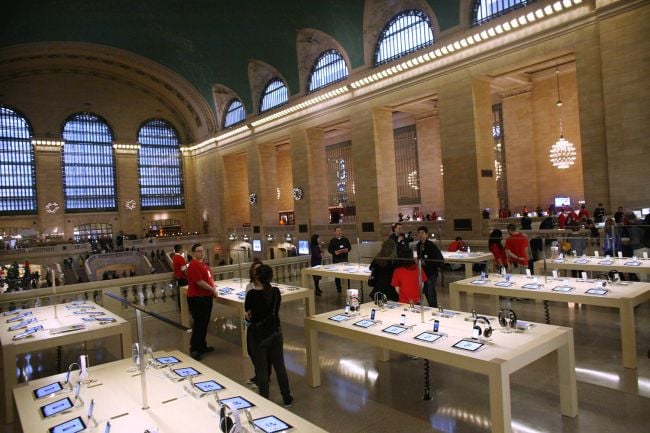 At the start of the month, Geeky Gadgets already filled out some of the details regarding the new Apple Store. According to some recent sources, however, the Grand Central establishment is not only quite inviting but huge; there are two Genius Bars and up to 300 employees involved in the place.

Since Grand Central is a landmark and a transit hub that absorbs countless pedestrians every day, tyhe new APple Store was deisgned with commuter sin mind.