Apple’s new iPad 3 has gone on sale around the world, and Apple has now listed which apps support the new iPads Retina display which has a resolution of 2048 x 1536 pixels.

A number of existing apps have been updated to support the new Retina Display, which include the popular game Infinity Blade II, along with Amazon’s Kindle for the iPad. 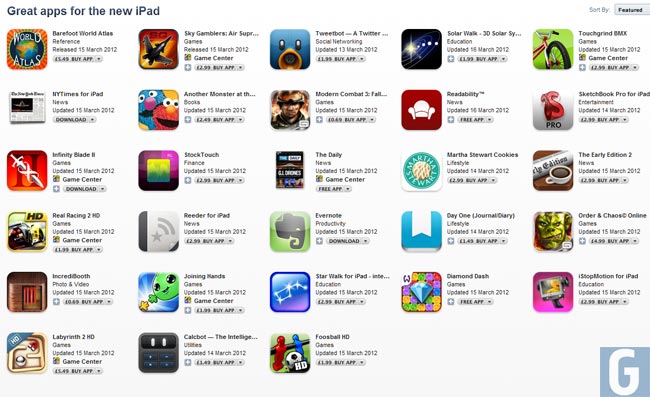 You can see a full list of applications that have be optimized for the Retina display on the new iPad 3 over at iTunes.