It looks as if we will have to wait just a little longer for the Apple AirPrint printing feature, maybe indefinitely. The cancellation of the AirPrint feature has been attributed to last minute compatibility and stability problems which have forced Apple to make the decision.

Rumours of a possible delay started to appear on Tuesday and mac site AppleInsider has now confirmed that the iOS 4.2 golden master release notes have no references to AirPrint support for either Mac’s or PC’s. 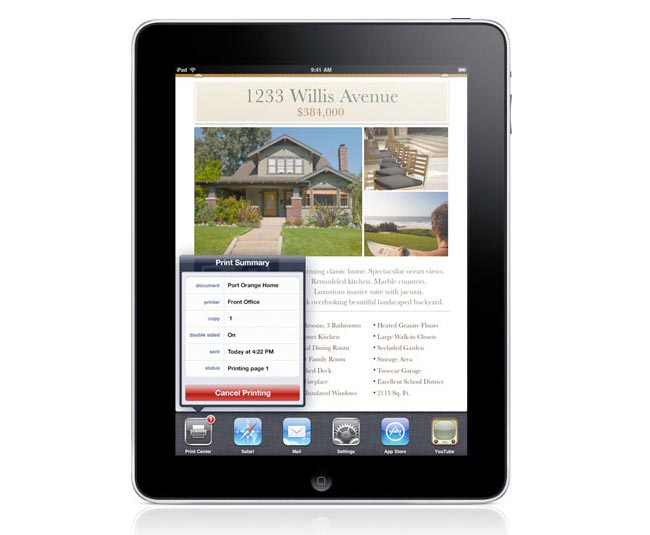 Release notes do state that iOS devices can print to a selection of HP printers that are equipped with AirPrint support. But this is a very small fraction of the intended compatibility.

HP currently has five printers that is says are ‘some’ of the currently available to be used with AirPrint.