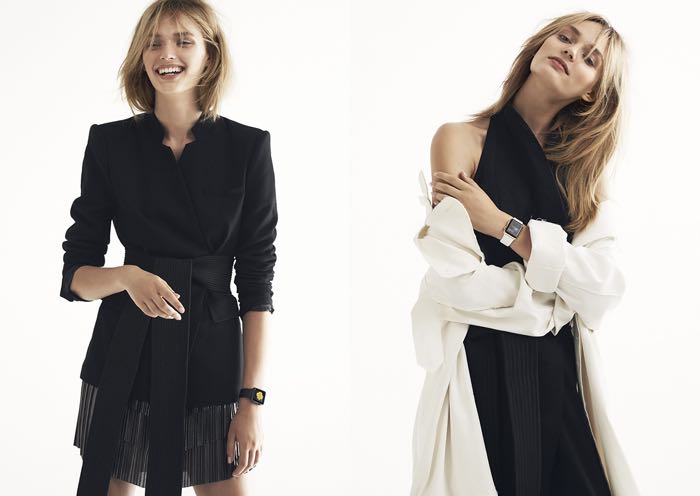 Apple wants their new Apple Watch to be more than just another gadget used by technology fans, the company has been marketing the device as the ultimate fashion accessory with a range of high end fashion magazines.

Now the Apple Watch has appeared in the Australian version of Elle, with the magazine focusing on how the device can become part of your wardrobe.

ELLE is the first magazine in Australia to feature the much-anticipated Apple Watch. In the new issue, starring vivacious funny girl Rebel Wilson on the cover, you’ll find three Apple Watches, in different bands, paired with this season’s power pieces.

It will be interesting to see if Apple is able to convince people that their new Apple Watch is the ultimate accessory, if they can manage to do this, then the device could become one of their most popular products to date.

The Apple Watch launches in the US on the 24th of April and Apple will start taking pre-orders on the device on the 10th of April.

Prices for Apple’s new smartwatch start at $349, this is for the entry level Sport version, the high end Watch Edition starts t $10,000 and can go up to $17,000 depending on the specifications.