Apple has today confirmed that its new Grand Central Store will now be opening on December 9th 2011, just in time for the holiday season.

Apple is now advertising the opening date across its new signage. Which was caught on camera by Instapaper creator Marco Arment. Who then tweeted it confirming earlier reports The Apple Store would ope next weekend to be true.

The new Apple Store is currently the subject of an inquiry by the State into rumours that Apple may have secured the lease at considerably less than other businesses within Grand Central. Its thought Apple is paying $60 per-square-foot, whereas other retailers are expected to pay $200 for the same area. 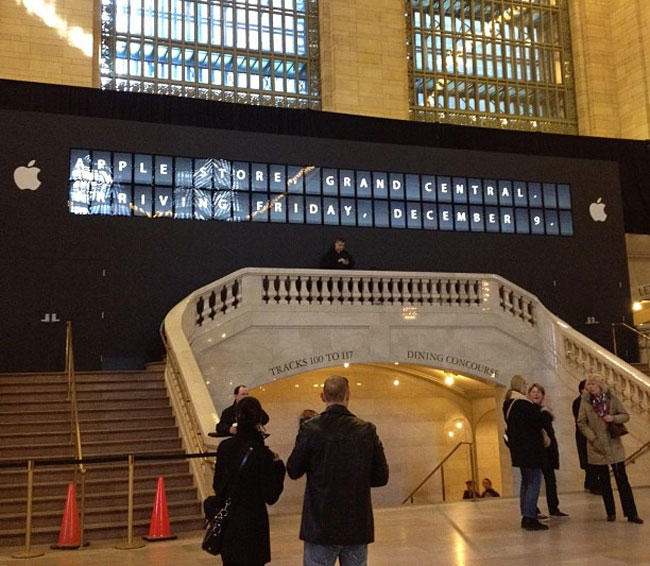 State Comptroller Thomas DiNapoli has launched a probe into whether the MTA gave Apple favourable treatment for its lease:

“The article in the New York Post about the MTA’s contract with Apple in Grand Central Terminal is a cause for concern,” DiNapoli said in a statement yesterday. “This is a prime property, and I intend to make sure that the MTA hasn’t given away the store.”

As more information comes to light we will keep you updated.