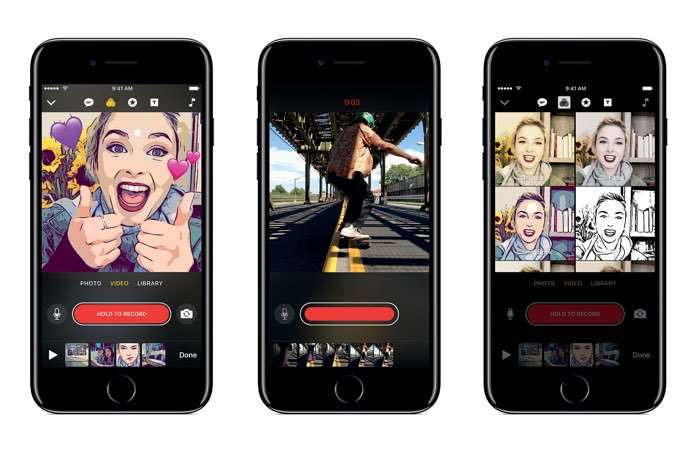 Apple recently released their new Apple Clips app and it would appear that they app is popular as it has already reached one million downloads on just four days.

According to TechCrunch it took just four days to hit the 1 million downloads and it reached number 28 in the app store the day after it was released.

Adding content is simple and quick. Just record it on the spot or grab a video clip or photo from your library.

Live Titles lets you easily create animated captions — just by talking as you record. Choose from a variety of styles, all perfectly timed to the sound of your voice.

You can find out more details about the new Apple Clips app over at iTunes, the app is available as a free download for the iPhone, iPad and iPod Touch.