Apple has been growing rapidly over the last couple of year, both in terms of revenue and staff, and now it seems they need some extra office space as their existing Cupertino Campus just isn’t big enough for them.

Apple has recently purchased the HP Campus in Cupertino, which HP used for over 20 years, and it is reported to have cost Apple around $300 million for the HP offices. 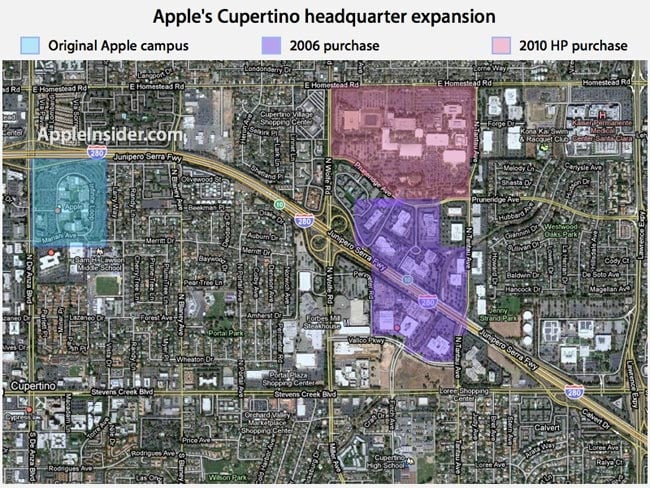 Apple obviously has big pans for the next few years, and now they have the extra space to expand their Cupertino operation, Apple had the following to say about the newly acquired HP Campus.

“we now occupy 57 buildings in Cupertino and our campus is bursting at the seams. These offices will give us more space for our employees as we continue to grow.”