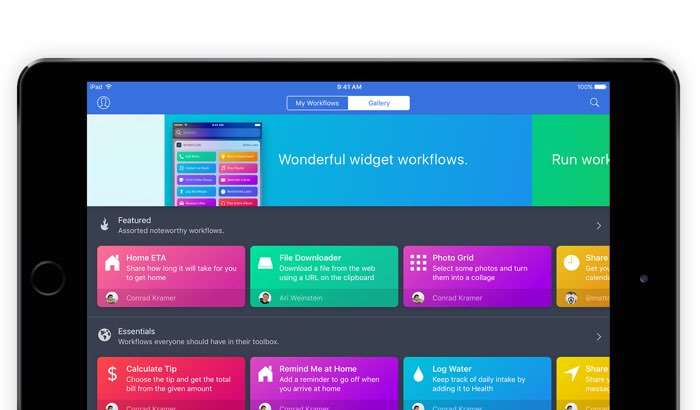 Workflow is a popular automation app for the iPhone and iPad and the company behind the app has revealed that it has been acquired by Apple.

Apple has acquired the app and also the team that developed it who will now be joining Apple and good news if you have been using the app as it will continue to be made available.

We are thrilled to be joining Apple,” said Weinstein in a statement. “We’ve worked closely with Apple from the very beginning, from kickstarting our company as students attending WWDC to developing and launching Workflow and seeing its amazing success on the App Store. We can’t wait to take our work to the next level at Apple and contribute to products that touch people across the world.”

Apple will also make the app free, it was previously a paid app and was a previous ‘Best of’ app o the App Store back in 2015 and also an Apple Design Award Winner.

It is not clear as yet on exactly what Apple’s long term plans for the app are, as soon as we gets some more details, we will let you guys know.