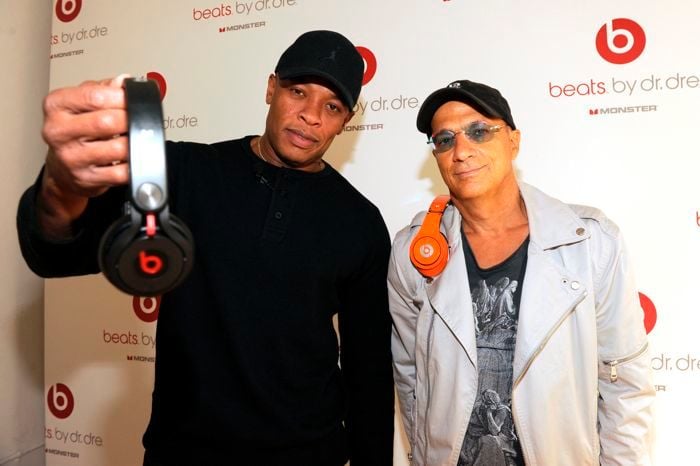 We were expecting some sort of official announcements on the Apple Beats deal by now, although it appears that the deal may have been delayed for a number of reasons.

On the 9th of May a video was posted on Instagram by Actor and Rapper Tyrese Gibson, the video featured Dr Dre, and the post mentioned the Apple Beats deal and a sum of $3.2 billion, and now it would appear that Apple are less than pleased about the news being leaked early, and this is one of the reasons that the deal has yet to be officially announced.

A couple of hours after the video and the post on Instagram appeared online, they were removed, obviously someone at Apple saw them, and had them take down, you can see the Instagram post from Tyrese Gibson in the photo below. 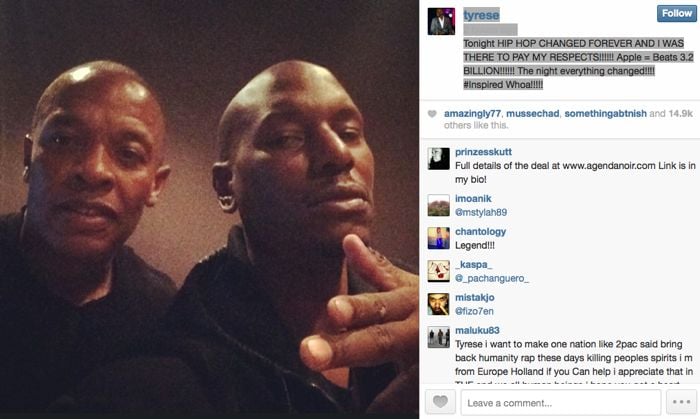 Now according to a recent report by Billboard, this is one of the reasons that the Apple Beats deal has been delayed, Apple have not been happy in the past when things have been leaked before Apple makes an official announcement, and it looks like this could be the case again.

Billboard says that the video that was posted online featuring Dr Dre saying that he was the first ‘billionaire in hip hop’ freaked Apple out, have a look at the quote from Billboard below.

This is our favorite bit of gossip from our sources. Apparently, the Apple family near imploded with outrage when that video went up on Facebook of an ‘excited’ Dr. Dre with R&B singer/former Coca Cola pin-up Tyrese. In the video they share, in language perhaps unsuitable for a family blog, how Dre will be hip-hop’s first billionaire and other nice things about Compton. People often forget that despite Apple being this company that makes sexy products, with sexy profit margins, and sexy retail outlets…it is not in fact a very sexy company. It is a conservative company, particularly without the leadership of its guiding light Steve Jobs who would shake things up massively on a daily basis. This is not the kind of thing Apple is used to.

The video has apparently also made Apple question how Dr Dre and Jimmy Iovine will fit into Apple, as both of them are rumored to assume executive roles at Apple when the deal goes ahead.

It is not clear as yet how much damage the early leak of the Apple Beats deal may have done to the actual deal, whether it has just delayed it, or whether Apple are now rethinking the deal altogether remains to be seen.