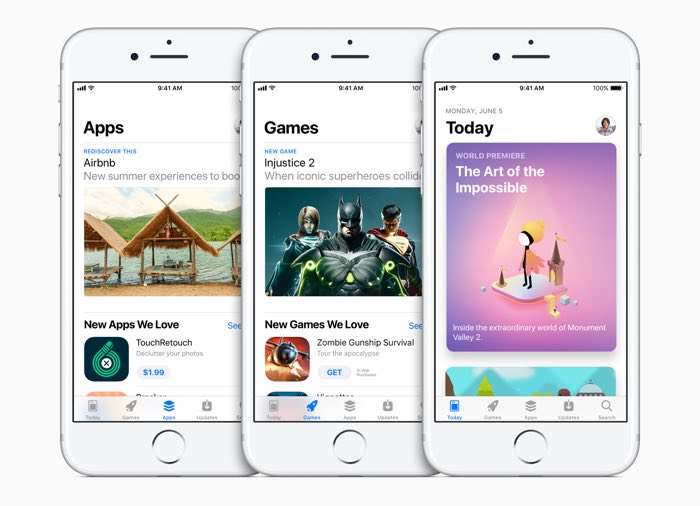 Apple announced at WWDC yesterday that the Apple App Store is getting a major new design, the company is completely overhauling the look an feel of their app store.

The new design can be seen in the pictures above and below and Apple have said that this will be released with iOS 11. 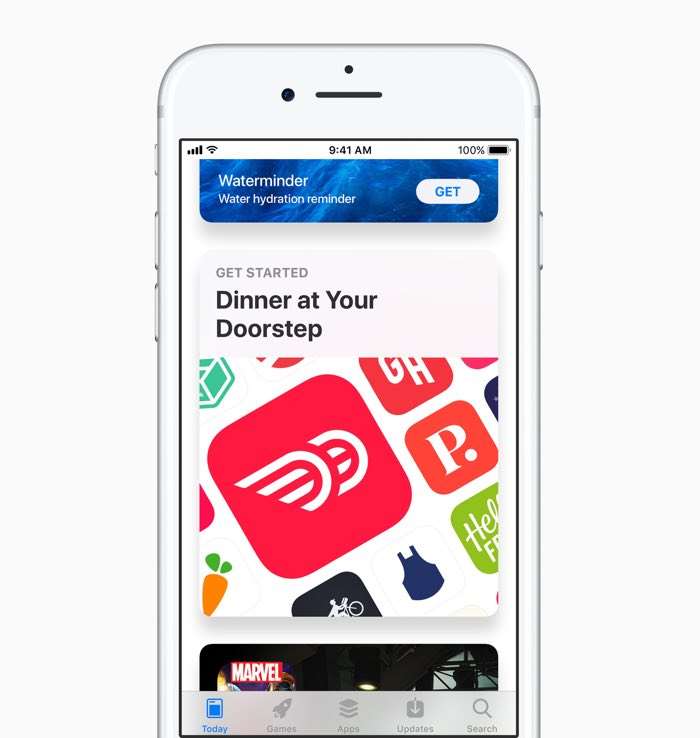 Apple today unveiled the all-new App Store, designed from the ground up to make discovering apps and games easier than ever before. The beautifully redesigned App Store is packed with original stories and editorial, updated daily in a new Today tab, as well as new Games and Apps tabs. Compelling stories, in-depth interviews, helpful tips and collections of must-have apps and games will showcase Apple’s unique perspective and aim to inform, help and inspire customers every day. App Store customers have now downloaded more than 180 billion apps and Apple has paid out over $70 billion to developers since the store launched in 2008, making it the most vibrant software marketplace in the world.

Apple have said that iOS 11 will be launching this fall and whilst they have not given a release date, we are expecting it is September with the launch of the new iPhone 8.