The new iPad Mini features a new hinge design which does away with the double jointed design of the old one, and it will be available in a range of colors, which include grey, pink, black, green and blue, plus a Product Red version. 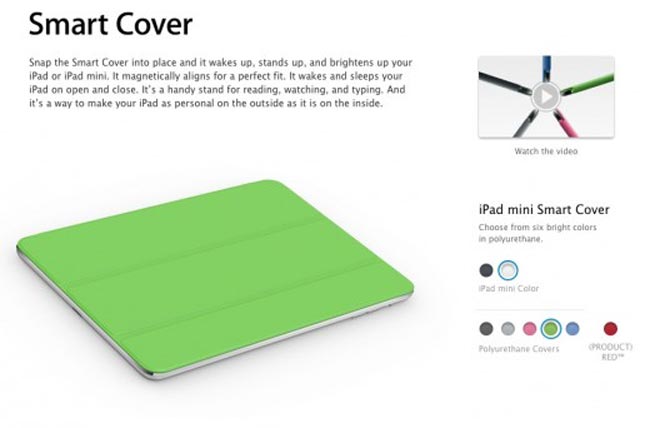