The case between Apple and the Mac clone makers Psystar has been going on for some time now, over 17 months, it seems like it may soon be at an end as it seems that Apple and Psystar have signed a partial settlement deal which could see the end of the court case.

It seems like the deal that has been signed will see Psystar stop selling their Mac clones with OS X installed, and instead the machines will be sold without Mac OS X but with Pystar’s Rebel EFI which makes it easy for anyone to install Mac OS X on the machines. 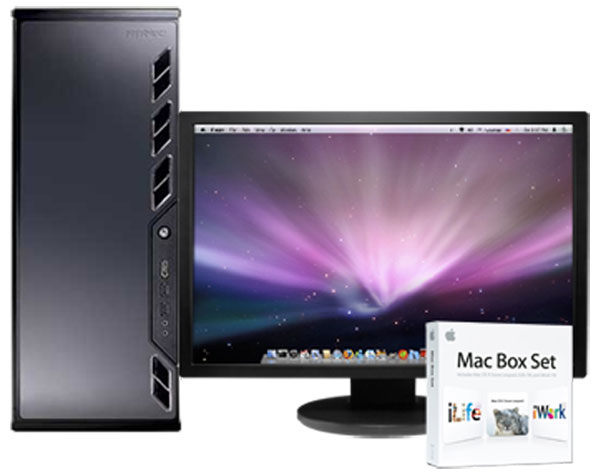 “Psystar has agreed on certain amounts to be awarded as statutory damages on Apple’s copyright claims in exchange for Apple’s agreement not to execute on these awards until all appeals in this matter have been concluded,” Monday’s court filing reads. “Moreover, Apple has agreed to voluntarily dismiss all its trademark, trade-dress, and state-law claims. This partial settlement eliminates the need for a trial and reduces the issues before this Court to the scope of any permanent injunction on Apple’s copyright claims.”

It also looks like Psystar will be paying Apple an undisclosed amount in damages, and it seems that Psystars Rebel EFI is a ‘product that has not been litigated in this case, that has not been the subject of discovery in this case, that is presently the subject of litigation in the Florida case, that is composed exclusively of Psystar software, that is not sold in conjunction with any hardware, and that is sold entirely apart from any copy of Mac OS X or any computer running Mac OS X.’

So it looks like Apple have got their way, and have stopped Psystar from selling Mac clones with OS X installed, it still isn’t clear what is going to happen to Psystar, whether they will continue to sell machines with their Rebel EFI, as the filed for bankruptcy in May.