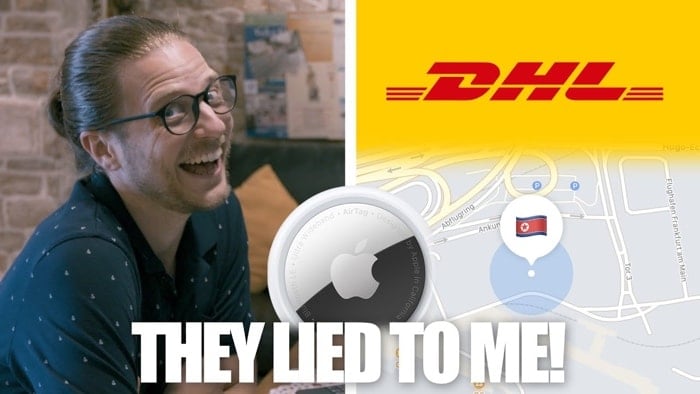 Some of our readers will remember Jono who sent some AirTags to Apple CEO Tim Cook, Elon Musk and also North Korea.

His AirTag’s did not reach North Korea, although they did reach Apple CEO Tim Cook and the device was sent back to Jono along with a letter.

It is interesting to see that DHLL lost the parcel, although it was clear from the video that the device could still be tracked.

As we can see from the video the one sent to North Korea did not end up getting there, although the other two were delivered to Elon Musk and also Tim Cook.

It it interesting to see how well Apple’s AirTags work as a tracking device, although they are only intended to help you find lost items and not intended to be used to track items around the world.

There are privacy concerns over the devices that people could use them to track other people, Apple has built in safe guards that will alert people that an AirTag is close by. When an AirTag is separated from the device that it is registered to for a certain period of time, it will then let other iPhone users know that there is a device nearby.