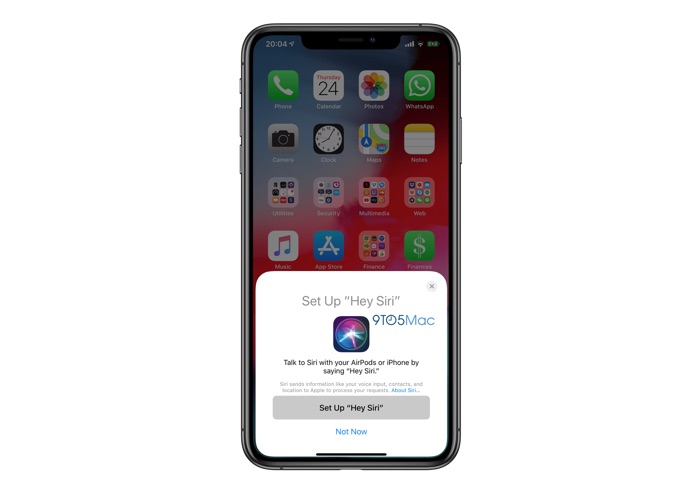 We recently heard that Apple released their first beta of iOS 12.2 and now it has revealed some details about the new Apple AirPods 2.

According to 9to5Mac  the new Apple AirPods 2 will support Apple’s Hey Siri feature, they have discovered a Hey Siri setup interface which will work with Apple’s AirPods 2.

This hey Siri feature will allow you to use your new AirPods with your iPhone to talk to Siri, this will work in the same way that Hey Siri works on the iPhone.

This new feature in iOS 12.2 beta 1 suggests that Apple will launch their second generation Apple AirPods some time soon, we suspect that they will either launch some time in February or in early March, we heard yesterday that they would launch in the first half of 2019, as soon as we get some more details, we will let you guys know.