Apple has now added its Genius feature to the iPad which will recommend iPad applications to you based on your previous purchases. Genius can be accessed easily on the iPad by turning the feature on.

Once it is turned on it will then recommend a number of applications you may like based on what you have purchased previously, and you can also let Apple know which apps you are not interested in from the recommendations. 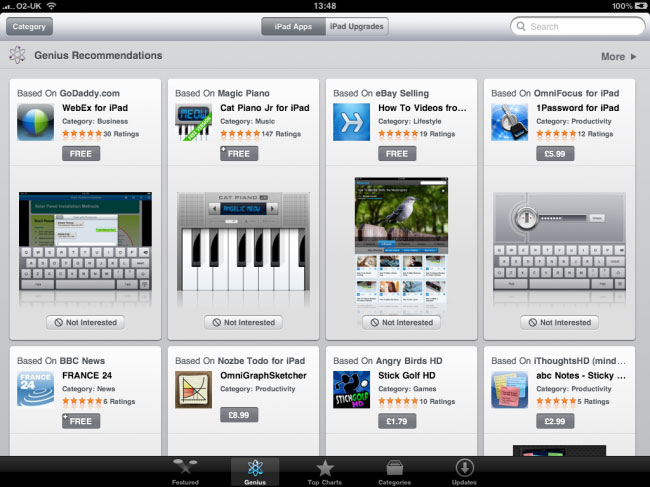 Genius has worked pretty well before for music and movie recommendations, as well as iPhone apps, so it may work quite well on iPad applications to show you apps that you may not have found previously.

Dont forget to check out our full review of the Apple iPad.