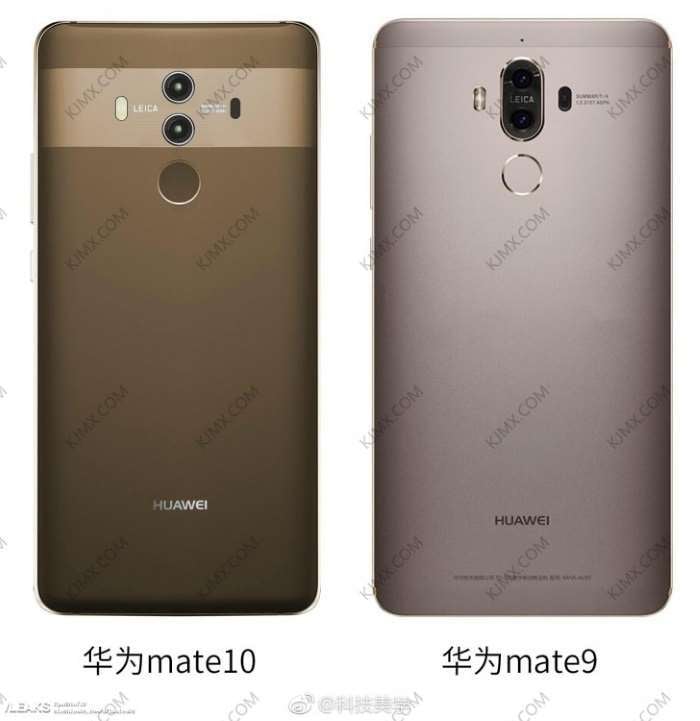 Not too long ago, we saw some leaked images of the Huawei Mate 10 Pro made its way on to the internet revealing how the handset may look like when it launches.

Recently, another image leaked on the internet revealing the Mate 10 Pro alongside its predecessor, the Huawei Mate 9.

As it can be seen from the image, the alleged Huawei Mate 10 is slightly narrower and a little smaller than the last year’s Mate 9.

As per the leaks, the alleged device is expected to come in three color options as shown above: grey, blue and brown. All of them looks quite good, featuring a dual-camera setup on the back of the device with a curved display. Previous rumors hints at a 18:9 screen along with the Kirin 970 processor as well as a 4,000 mAh battery and 4GB of RAM.

Rumors suggest Huawei is expected to launch the Mate 10 Pro on October 16th, we’ll find out how much truth lies in all these rumors, and can Huawei launch a device which can give a tough competition to the new iPhones as well as the Note 8.