It seems the prolific @evleaks is on fire. Yesterday, the notorious leaker posted an image of the all new HTC One and mentioned its headed to AT&T in the US.

Now, @evleaks posted another press render of the alleged handset with Verizon branding on its back, and you all have a pretty good idea what that means. 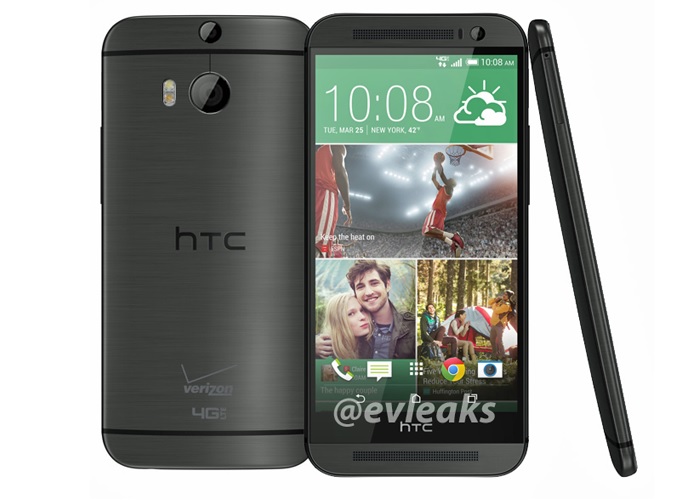 It seems the all new HTC One will hit all major carriers in the US, and personally, I love the new colors of the alleged handset, especially the gray one (posted above). HTC has already scheduled an event on March 25th where the Taiwanese OEM is expected to make things official when it comes to its “primary flagship device for 2014.”

Based on rumors, we know that HTC One (2014) will come with a 5-inch display, slightly bigger than its predecessor, with a 1080p display and should come with Snapdragon 801 as its processor. Although, we’d love if it kick off things with a more sharper display and a higher resolution.

The all new HTC One is expected to come with 2/3GB of RAM on board, 16GB storage with a microSD card slot, dual cameras on the back and should run Android 4.4.2 KitKat with Sense UI pre-installed out of the box. There’s also a rumor going on all over the internet that it will come with on-screen buttons.

We’ll update you as soon as there is more information.