Google could unveil the long-rumored Nexus 5 any time now. We’ve seen the handset getting leaked on several occasions, including a brief appearance on the Google Play Store, adding more more hype to the rumors. Now, we have an unofficial press render of Google Nexus 5 has been leaked by the notorious, @eveleaks. This could be a weekend treat for those users who had any doubts about it’s existing after so much hype. 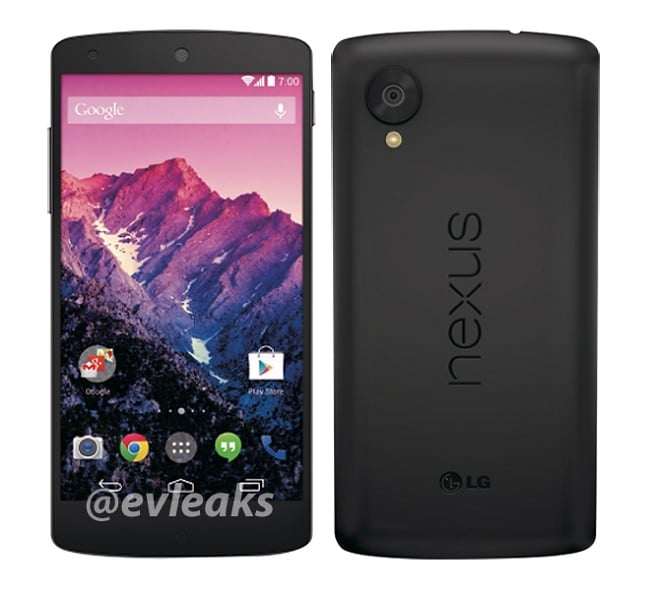 The render looks similar to the one we saw at the KitKat unveiling as well as the one leaked on Google play Store. Based on rumors, the highly rumors handset will feature a 5-inch display boasting a resolution of 1920 x 1080 pixels and a quad-core Snapdragon 800 SoC clocked at 2.3 GHz.

The handset will come with 2GB RAM, 16/32GB internal storage, an 8MP camera on the back with optical image stabilization, 1.3MP front-facing camera and will run Android 4.4 Jelly Bean out of the box.

There’s a lot of speculation going around about the launch date. Earlier this month, rumors predicted that the handset will see the daylight on 14th October, which came and went away, while the recent ones are pointing towards 31st October, which could be true.

We’ll update you as soon as more information comes.