It’s a mighty fine piece of work. Last time a Pip-Boy 3000 was featured here at Geeky Gadgets, it was basically a modded iPod Touch. This is different though. A semi-instructional vid is available on Youtube (watch it after the jump) and the mad skills it took to build a knock off like this is commendable. User MyMagicPudding, we salute you! If only there was a wasteland where you could actually take the real life Pip Boy 3000. 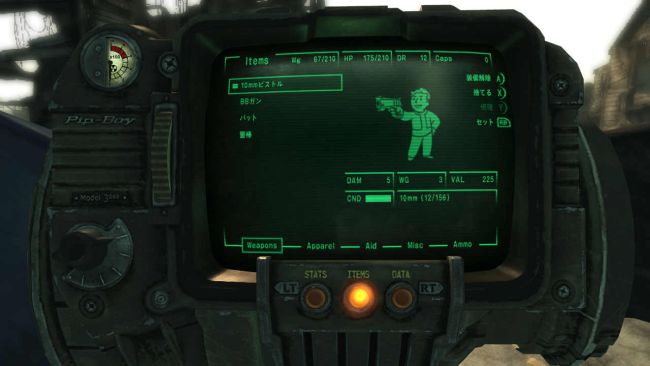 Take note that what’s pictured above is an in-game Pip Boy 3000. For the actual build, check the video down south and marvel at the accuracy of MyMagicPudding’s craftmanship.

Not to come off as too pedantic but for those not in the know, the Pip-Boy is a mainstay in the Fallout series. It’s a gadget familiar to Vault Dwellers, and is basically an interface that lets the player improve their game. It’s also a huge repository for all the weapons you can use to fry mutants. This Pip-Boy, however, is based on an HTC Desire hard drive, an Arduino Uno, and a USB connector. The crazy part is it’s not even finished yet. Also, you can’t use it to choose real life weapons. Bummer.

Not sure what everyday use MyMagicPudding  is going to find for the Pip Boy, but it’s a certified eye catcher. Here’s the video: