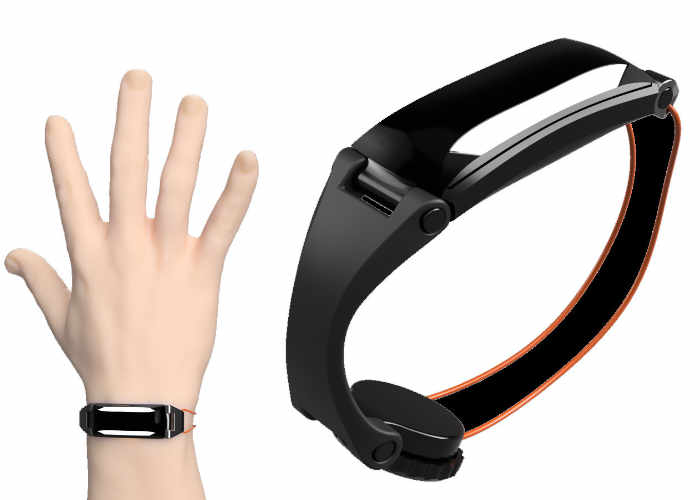 Ahead of next year’s CES 2017 technology event that will be taking place between January 5-8th, 2017, Ironova has unveiled their new Ankkoro Emotion Sense wearable, which has been created to capture a gamers emotions.

The new wearable then uses the player’s emotional data to make their character profile more realistic and more human says its developers. Allowing the gamer and his emotions to be integrated into the core of any game they are playing.

The Ironova press explains more about the new emotion technology :

In 30 years, video game became a worldwide phenomenon, influencing many sectors: cinema, television, professional training and learning, education. It allows to generate immersive situations, new and playful. But the interactivity it provides is not complete. The emotional state of the gamer is not taken in account and does not change anything to the scenario. Fear reduces the field of vision, it makes us shaking, stress makes decision taking slower, pleasure or relief drive the vigilance down. These are realities, but no game is able today to integrate those parameters.

ANKKORO consists in a transmission-wristband using our patented technology EMOTION SENSE. The transmitter catches the biometric signals and share them with the game, in order to modify the way the game goes. Is the player in panic? Vision becomes blur. Is he cool? His gestures are precise and he can target quickly. The digital interface uses 11 emotions the gamer can go thru: fear, stress, calm, concentration, surprise, serenity. ANKKORO has been developed by Ironova and a University lab specialized in cognition sciences. EMOTION SENSE is also able to stimulate gamer’s emotions thanks to microelectro-pulses, vibes or light-therapy. Way in, way out, emotions are at the core of a REAL interactivity.

ANKKORO is also relevant on the increasing market of augmented and virtual reality (30 billion dollars in 2020 according to a Digi Capital study). The 100% immersion, promoted by the news generation of 3D helmets, needs to integrate the emotional factor to deliver a brand new user experience. For security and fire rescue teams, it allows to imagine immersive learning games able to take in account the emotional issues of a mission, in order to manage them at work, in real circumstances. At last, for TV or cinema contents producers (1.3 billion of people are watching 9 billion of videos on YouTube each day, TV series became big and worldwide productions…), the fields open by ANKORRO are without limits, driving to hyper-personalized and responsive contents.