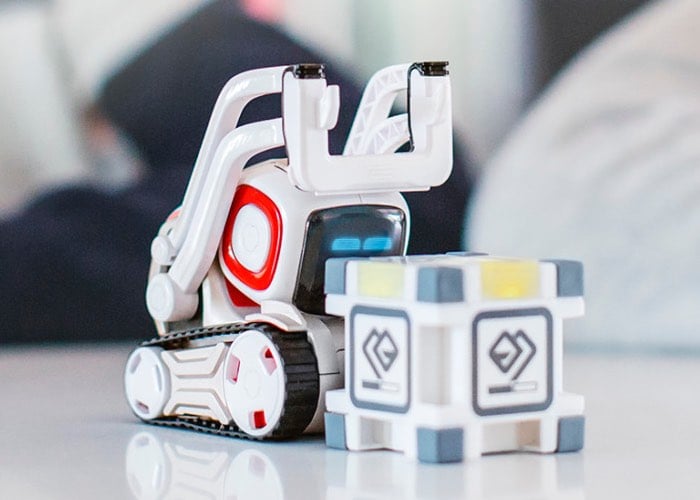 Anki the company behind the awesome next generation racing car system controlled by mobile devices and the new Anki Cozmo Robot which was unveiled last month. Which is now available to preorder priced at $160, offering a $20 saving of the proposed retail price of $180.

Anki have this week announced the upcoming launch of the Anki Cozmo Robot SDK Beta software, that will be made available to developers during October 2016. Check out the promotional behind-the-scenes video below to learn more about the Anki Cozmo Robot and its capabilities.

Anki explain more about the Cozmo Robot SDK which will be available in a couple of months time during October 2016 :

Making a loveable character with the level of personality and depth that only existed in films was only half the battle. We wanted to make it easy for anyone to access our technology. Cozmo was built with this in mind since the early planning phases.

This is why we’re releasing a free SDK for anyone to tap into the power of Cozmo.

With the SDK Beta, for example, you’ll be able to:

– Use the computer vision system to track and recognize faces and facial expressions and estimate their position and orientation in 3D space.
– Tap into the localization system with access to the robot’s internal map and all objects in it.
– Utilize path and motion planners with obstacle avoidance, etc.
– Explore Cozmo’s behavior system and execute high level behaviors such as look-around, findFaces, findCubes, etc.
– Use the entire animation system of the robot with access to all animations and sounds our character team has created.

This means, with the SDK, you’ll be able to use Cozmo’s facial recognition to identify faces and take actions, or his computer vision and path planning to navigate around obstacles in his environment, or tap into his animation system to choreograph complex movements upon command.

And that’s just the beginning.