If your an Angry Birds fan and have been missing the odd game on your Windows PC, or just waiting for it to arrive on Windows, your wait it now over as Angry Birds is now available on Windows OS.

One of the last places where Angry Birds had not landed has now been conquered. But how do we get it I hear you ask, Windows has no app store! Well Intel and their Intel AppUp Store have come to the rescue and have added the game to their listing ready for downloading onto Windows. 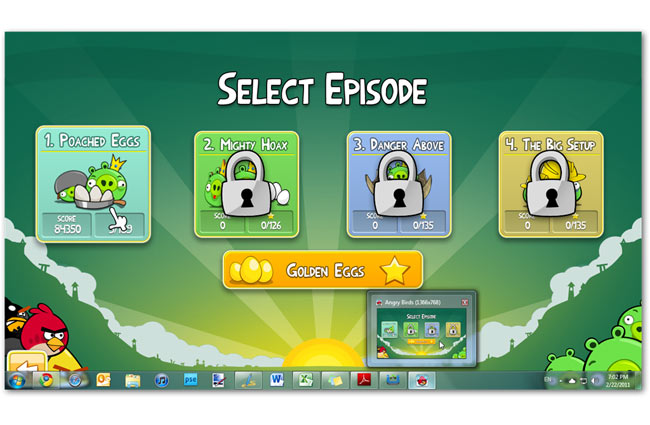 First, though, you’ll need to install the Intel AppUp application on your PC which only takes a few minutes. Simply download and install it as normal on your computer and once it’s installed, you’ll have quick access to tons of great, new free and premium apps for your Windows PC. Including Angry Birds!