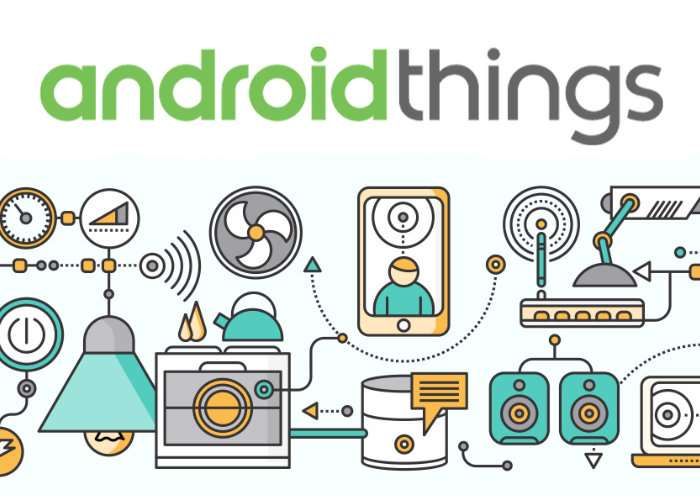 Google has this week released a new Android Things developer preview in the form of version 5 keeping to their plan to release new previews every 6 to 8 weeks.

The latest Android Things beta release will probably be the last before the launch of Android O and Google last month announced that the Developer Preview 4 would be the final full release before Android O.

New features rolled out in Android Things Developer Preview include :

– Android O – Android O is currently under Developer Preview for phones and tablets, and DP5 is now based on this upcoming release. You should update your apps to target API level 26 to work correctly on the platform with our support libraries.

– NXP i.MX6UL SprIoT – Android Things is now supported on the NXP® SprIoT i.MX6UL development platform. Learn more about this device and its capabilities on the developer kits page.

– Legacy Board Support – With Intel discontinuing the Edison and Joule hardware designs, these platforms are moving to legacy support. They will not continue to receive the latest platform updates, but developers may still access the Preview 4.1 images through the Android Things Console.

– Device Management APIs – This release introduces a new DeviceManager service for apps to control device state, such as executing a factory reset or device reboot. See the reference documentation to learn more.

– OpenGL 2.0 Support – With the update to Android O, OpenGL ES 2.0 is now supported. Platforms with a GPU (such as Raspberry Pi 3) also now support hardware acceleration.

– Runtime Pin Configuration – Raspberry Pi 3 now supports runtime pin configuration for Peripheral I/O. This enables apps to configure pins as GPIO that were previously reserved for other peripheral functions, and removes the need to edit the config.txt file to enable configuration modes for UART and audio. Review the updated I/O pinout and mode matrix for more information.