Flipboard for Android has received a new update this week which has brought with it improved navigation structure within the apps sections, which are now visible when you tap on a section’s name within Flipboard.

Other new features added in the Android Flipboard app update include easier access to Google Reader feeds and folders, allowing you to customise the articles shown within your Flipboard app stream with ease. 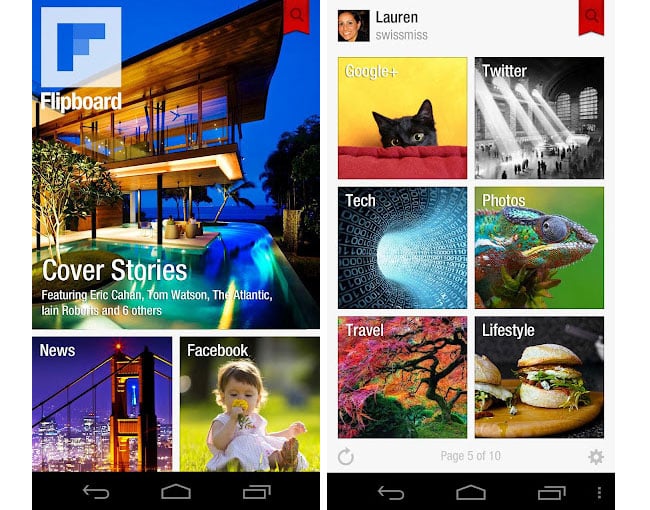 Together with in-app hints that expose helpful functionality in a similar why to that provided by ICS and Jelly Bean when started for the first time, improved performance and bug fixes, and new shopping cart features.

Flipboard version 1.9.6 for Android devices can be downloaded from the Google Play Store for free.