We were expecting Android 4.3 to be announced at Google’s I/O developer conference earlier this month, although Google has yet to announce the next version of Android Jelly Bean, we now have a video of Android 4.3 running on the Nexus 4.

The video below shows Android 4.3 on the Nexus 4, the video and some photos were posted over at the XDA Developers, and it gives us a brief look at the next version of Android. 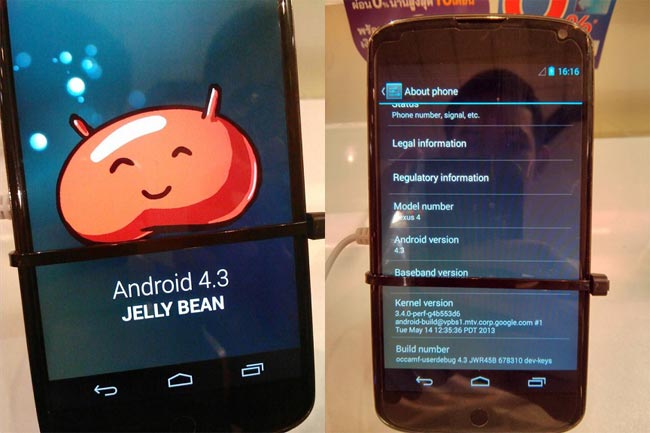 The photos and video of the Google Nexus 4 running Android 4.3 Jelly Bean were apparently taken at the Thailand Mobile Expo, as yet we still do not have any details on when Google will launch Android 4.3.