Google has released their latest user data for its Android platform, and it looks like more users are getting updated to some of the laterr versions of Android as 57.6 percent of all Android devices are now running Android 2.2 Froyo. 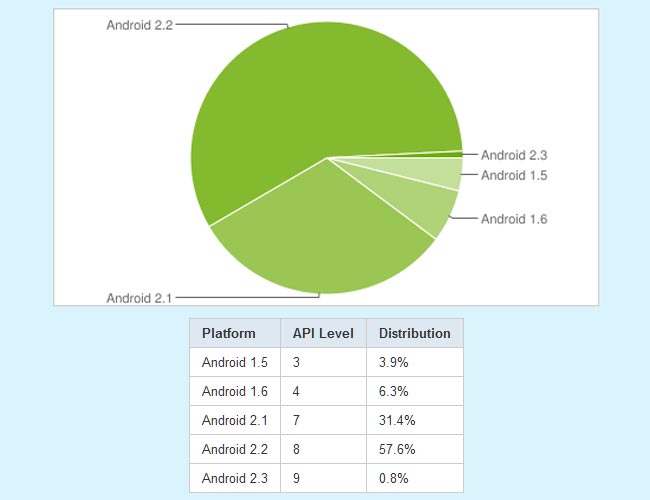 There are still a large number of users on Android 2.1, with 31.4 percent of all devices using this version of Android, although this has reduced by almost 4 percent from last month.

Android 1.5 makes up just 3.9 percent, whilst Android 1.6 makes up 6.3 percent, both of these have reducerd since last month.

You can see more details over at the Android Developers blog.