After fifteen years in development, Carmat, a Paris-based company, is starting human trials for its revolutionary new artificial heart. Artificial hearts aren’t revolutionary in their own right, seeing as how they’ve been around for a couple decades now, but the new heart from Carmat takes a great leap forward by using cow flesh to cover all parts of the heart that would ordinarily touch human flesh.

One of the major problems with artificial hearts is the clogging caused by the machinery that touches human flesh once inside someone’s chest. The cow tissue coating of Carmat’s new heart should cut down or possibly even eliminate the problem altogether. 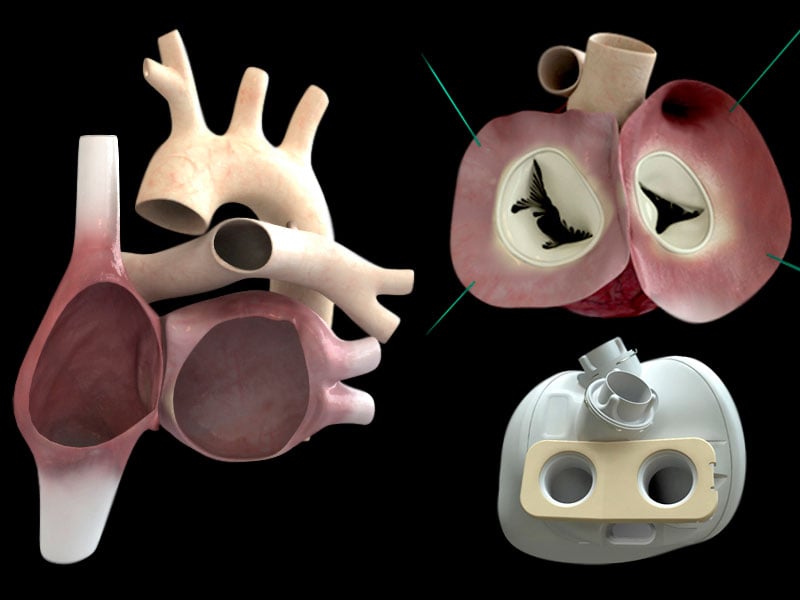 Human testing for the heart has been approved in Belgium, Poland, Saudi Arabia and Slovenia, but France and most other countries are requiring further animal testing before the government will approve human testing.

Ideally, people with heart failure issues would benefit best from a transplant, but with only 2,000 transplantable human hearts and over 100,000 patients in need, artificial hearts are in higher demand than ever before.

At the moment, Carmat expects their artificial heart to cost about $200,000, and it isn’t expected to even be purchasable until at least the end of 2014. Does anyone else think the Repo Men movie might not be set as far in the future as originally thought?