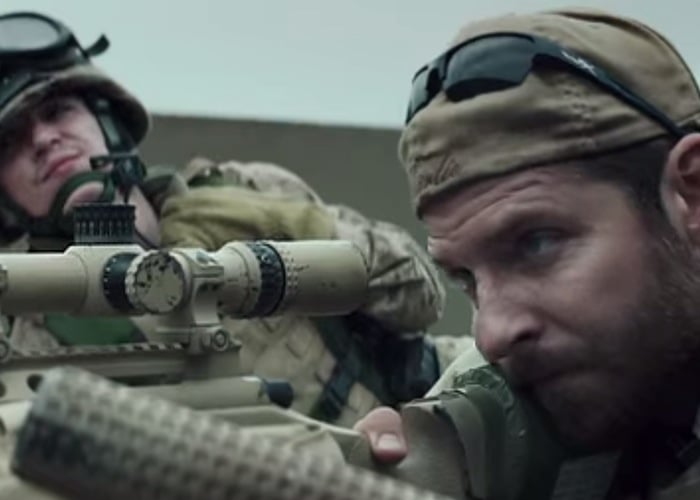 The new American Sniper movie has been created by Warner Bros. Pictures in association with Village Roadshow Pictures and stars Bradley Cooper as Chris Kyle, the most lethal sniper in U.S. military history.

The movie also stars Sienna Miller, Jake McDorman, Luke Grimes, Navid Negahban and Keir O’Donnell and is a biopic of Chris Kyle who was shot dead by another Marine at a shooting range in February 2013.

Before his death Kyle was honourably discharged from the US Navy in 2009 and wrote a bestselling autobiography, American Sniper, which was published in January 2012. Watch the official trailer for the new movie about his life that is setting box office records below.

“U.S. Navy SEAL Chris Kyle is sent to Iraq with only one mission: to protect his brothers-in-arms. His pinpoint accuracy saves countless lives on the battlefield and, as stories of his courageous exploits spread, he earns the nickname “Legend.”

However, his reputation is also growing behind enemy lines, putting a price on his head and making him a prime target of insurgents. He is also facing a different kind of battle on the home front: striving to be a good husband and father from halfway around the world.”