AMD have announced a new 1 GHz dual core processor called the Z-60 Hondo they have created specifically for Windows tablets, and will enable tablet makers to create devices that measure just 10mm thick.

AMD have created the new Z-60 CPU to compete with Intel’s Z2760 Clover Trail processor, but AMD has included a Radeon HD 6250 graphics core, which should provide improved support for 3D graphics and high definition video acceleration, when compared to Intel’s chip. 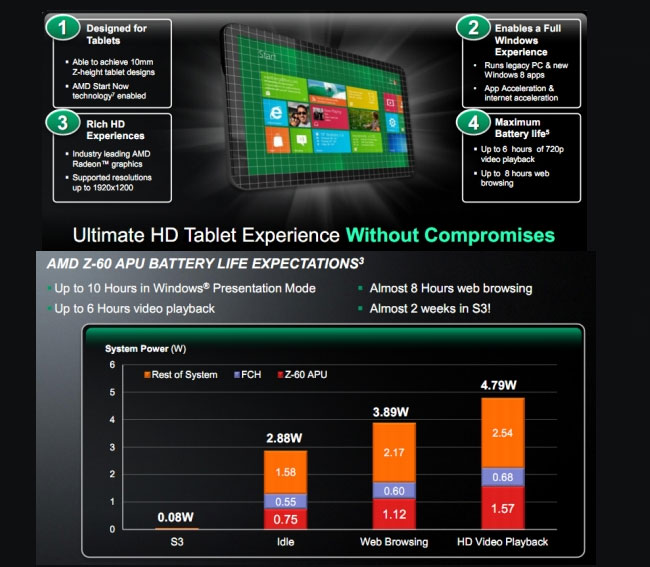 The new AMD Hondo Z-60 chip has a TDP of 4.5 watts and is capable of running fully blown desktop applications without a problem.

“As an x86 processor, the AMD Z-60 will work in computers running Windows 7 or Windows 8, unlike ARM-based chips such as the NVIDIA Tegra 3 or Qualcomm Snapdragon S4.” says the Liliputing website.

Currently the new AMD tablet Z-60 chip is codenamed “Hondo”, however no information on pricing or worldwide availability has been released as yet, but as soon as information comes to light we will keep you updated as always. For more information jump over to the Liliputing website.