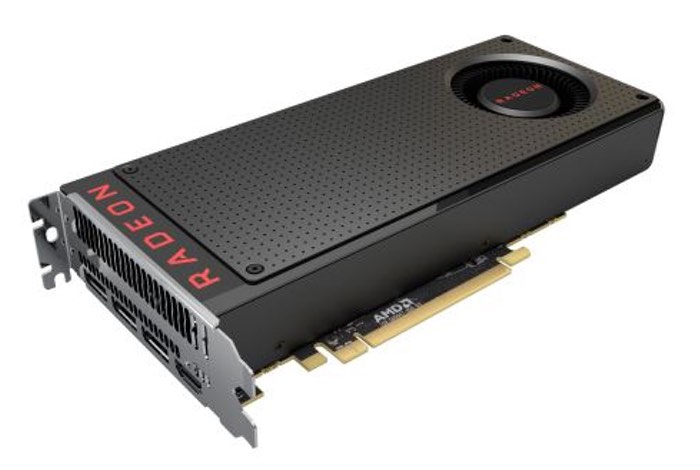 During AMD’s Computex 2016 keynote this week the company has revealed its new AMD Radeon RX 480 graphics card which has been specifically designed for virtual reality applications and gaming and will be available to purchase at the end of this month from June 29th onwards priced at just $199.

Offering a great saving over the recently launched Nvidia GTX 1080 priced at $700 as well as an increase in performance and efficiency says AMD. 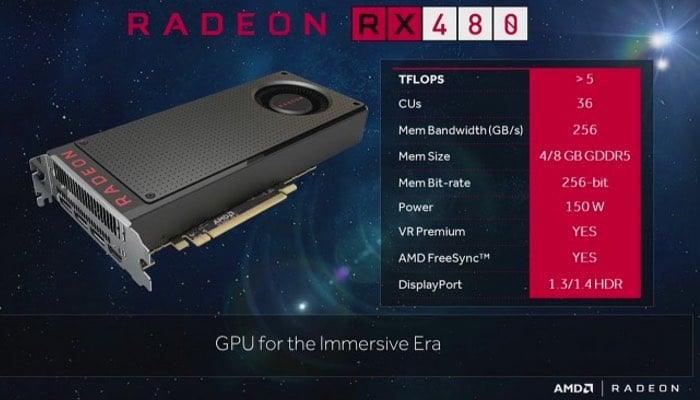 AMD demonstrated this by showing results for a test running a non-VR game, Ashes of the Singularity (2016), side-by-side against the GTX 1080. Revealing that the RX 480s in a Dual Graphics configuration bested the 1080 with only 51% utilisation, compared to 98.7% on the Nvidia GTX 1080. Nate Mitchell, VP of Product at Oculus explained :

We’ve seen an incredible range of immersive applications and game-changing experiences that have given millions of people around the world their first taste of virtual reality. AMD is going to help drive that adoption forward even more by bringing their high-end VR GPUs to the $199 price point. 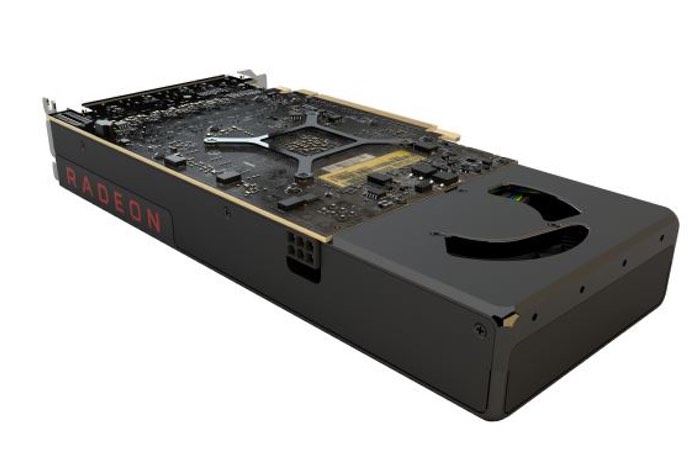 In a notable market survey, price was a leading barrier to adoption of VR.2 The $199 starting SEP for select Radeon RX Series GPUs is an integral part of AMD’s strategy to dramatically accelerate VR adoption and unleash the VR software ecosystem. AMD expects that its aggressive pricing will jumpstart the growth of the PC VR TAM and accelerate the rate at which VR headsets drop in price:

– Unleashing VR developers on a larger audience: Adoption of PC VR technologies by mainstream consumers is expected to spur further developer interest across the ecosystem, unleashing new VR applications in education, entertainment, and productivity as developers seek to capitalize on the growing popularity of the medium.

– Reducing the cost of entry to VR: AMD expects that affordable PC VR enabled by Polaris architecture-based graphics cards will dramatically accelerate the pace of the VR ecosystem, driving greater consumer adoption, further developer interest, and increased production of HMDs, ultimately resulting in a lower cost of entry as prices throughout the VR ecosystem decrease over time.

For more information on the new AMD Radeon RX 480 graphics card jump over to the AMD press release website for details following the link below.