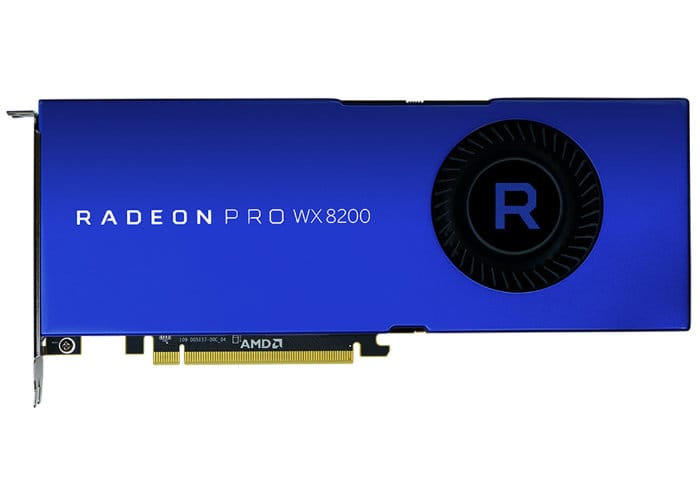 Graphics card and hardware manufacturer AMD has this week announced a new addition to its range of Radeon Pro WX workstation graphics cards with the launch of the new AMD Radeon Pro WX 8200 graphics card. The latest addition is capable of delivering the “world’s best workstation graphics performance for under $1,000.” Offering a fantastic option for content creators on a budget providing 10.8 teraflops and 8GB of RAM for $999 and performance to engage in real-time visualisation, virtual reality (VR) and photorealistic rendering.

AMD also unveiled major updates to Radeon ProRender and a new alliance with the Vancouver Film School, enabling the next-generation of creators to realise their VFX visions through the power of Radeon Pro graphics.

– PTC Creo: Enables designers and engineers to quickly and easily create incredibly rendered visualizations of their products and is available now in beta.
– Pixar USD viewport: For developers building a USD Hydra viewport for their application, the new USD plug-in available on GitHub adds path-traced rendering for accurate viewport previews.

For more details and full specifications on the latest addition to the Radeon Pro WX workstation range of graphics cards jump over to the AMD website and press release by following the link below.