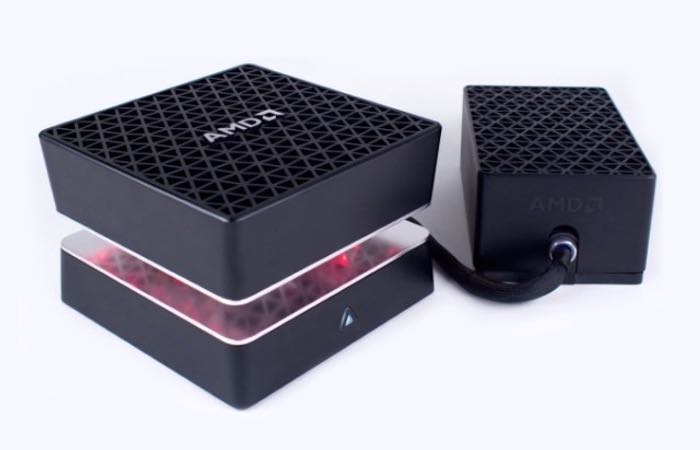 A new patent application filed by AMD this month has brought their previously announced Project Quantum gaming mini PC back into the limelight. It has been five years since AMD first unveiled the PC system,  a small gaming PC equipped with a mini ITX motherboard and offering support for AMD Radeon graphics cards and both Intel and AMD CPUs.

The patent application has once again started rumours that AMD is possibly moving forward to bring the small gaming mini PC to market. But even taking into consideration the latest patent application, it still doesn’t mean that Project Quantum will make it to stores as AMD maybe just further protecting the design of the system to licence out to other companies in the future. Watch the video embedded below to learn more about the Project Quantum mini PC.

As soon as more details are announced by AMD or details come to light about the small gaming system coming to market we will keep you up to speed as always.