AMD has this week unveiled its new hybrid CPU / GPU chips named the Fusion A-Series, previously codenamed “Llano”, designed for desktops and mainstream laptops. The Fusion A-Series chips have been designed to take on Intel’s Core 2011 line-up and will provide superior processing with discrete-level graphics, together with a massive 10-plus hours of battery life.

Fusion A-Series have already made the production line for some PCs which have already started shipping and AMD says that 150 can be expected to arrive this year. 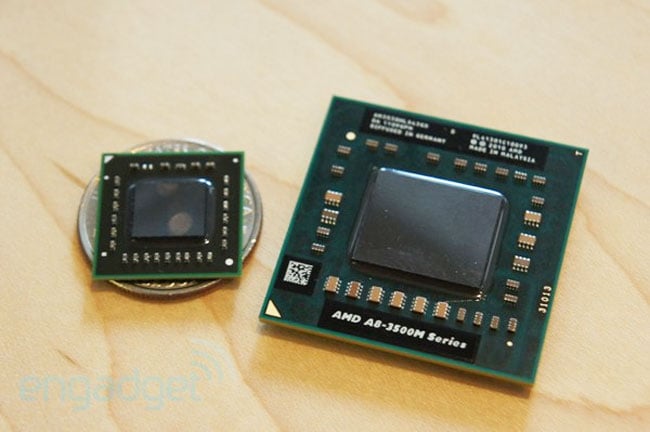 The new AMD Fusion technology combines all of a PC’s computational power on one piece of silicon in an APU (accelerated processing unit) as AMD calls them and will be available in both two and four processor cores. The new chips also use a lot less power than older chips as Raymond Dumbeck, a marketing executive handling AMD’s mobile computing explains: