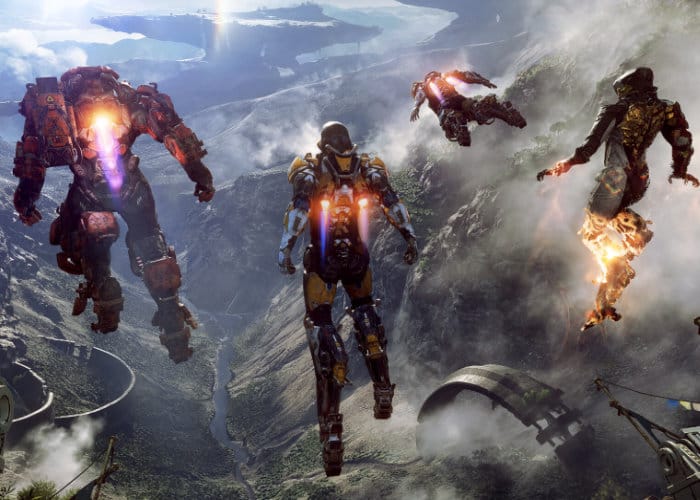 If you were hoping to play the new Anthem game unveiled early in 2017 and currently under development by BioWare to be published by EA sometime this year. You will be disappointed to learn that rumours are indicating the launch date has now been pushed back into spring 2019.

To recap Anthem takes the form of an ambitious multiplayer action role-playing game which is currently under development by a team lead by Jonathan Warner using the Frostbite 3 games engine, to be launched on the PlayStation 4, Xbox One and PC systems. Players will take on the role of a “Freelancer” in the open world game requiring them to leave their civilisation to explore surrounding landscapes and customise suits called Javelins.

The game will be played from third-person perspective and will feature both single player and cooperative multiplayer elements in a shared world that can provide cooperative play for up to four squad members per team. Players then use their skills and teamwork to fight “savage beasts and ruthless marauders” while exploring lost ruins and experiencing massive, “world-altering terrain occurrences”, such as “Shaper Storms”, says BioWare.

Watch the announcement trailer embedded below for a better idea of what you can expect from the new Anthem game. The launch delay has not been officially confirmed as yet by either EA or Bioware but as soon small information is made available we will keep you up-to-date as always.