Earlier today, Amazon released a new TV advertisement comparing Kindle Fire HDX with the iPad Air, showing that it’s better than the Apple tablet in many ways. Now, Amazon is taking another step to boost the sales of its Kindle tablets by offering a $50 discount on 16GB Kindle Fire HD and Kindle Fire HDX 7-inch, which costs $119 and $179, respectively. The price of the 7-inch Kindle Fire HDX is even less than the Google Nexus 7 (2013), and without a doubt its a very attractive offer. Normally, the tablets are priced at $169 for the Kindle Fire HD and $229 for the HDX. 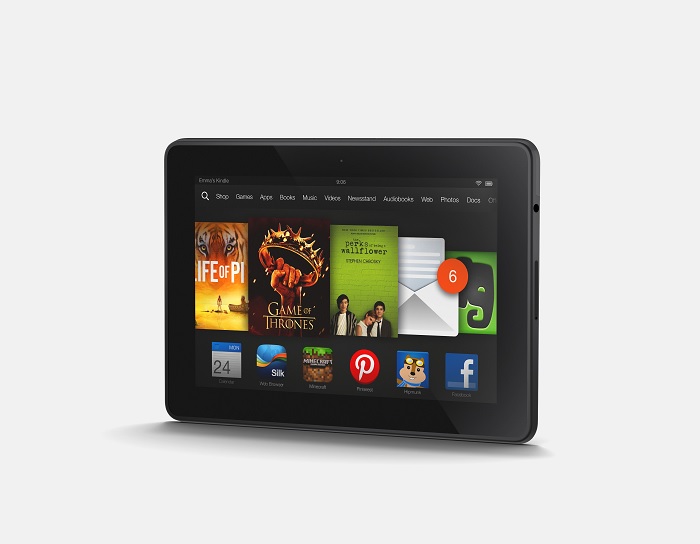 “The new Fire tablets are the best tablets we’ve ever built—the reviews from press and the feedback from customers has been overwhelmingly positive,” said Neil Lindsay, Vice President, Amazon Kindle. “We’re excited to be able to offer $50 off Kindle Fire HDX 7” and the all-new Kindle Fire HD 16GB for Cyber Monday.”

Amazon Kindle Fire HDX comes with top-of-the-line specifications and packs a 7-inch IPS display sporting a resolution of 1200 x 1900 pixels with 323 ppi pixel density. Under the hood, the tablet is powered by Snapdragon 800 chipset with a clock speed of 2.2GHz with Adreno 330 GPU and 2GB RAM.